Hello everyone. Grace and Peace to you!

I title this article as such because as is evident, there are a few changes in the blog, starting off with the design and layout of a few things here and there (kindest regards to those special friends), but aside from the obvious changes, a few things have changed as well.

First off, I got rid of this image from the blog because it’s only 50% true. 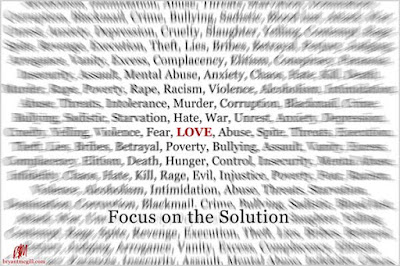 Allow me to explain.

On the other hand, if we mean that we should direct our focus towards showing others love as a means of subtly extracting God from the picture, then we are horridly wrong in our ‘Focusing on Love’.

First off, I'm sure that we can all agree that the world has become a terrible place. Not a week can pass by without the whole Twitter community having to start a #PrayFor trend of praying for some city or town struck by terrorist attacks. All over the world; bombings, war, civil unrest, coup d’etats, rape...

Just recently, I was part of a team from my church that visited a local children’s home. I was astounded by the experiences that some of the children, all aged between 0-20 years, had been through. One of them, a 9-year-old girl, had been forced into child prostitution at that tender age. To make matters worse, when a Good Samaritan reported the matter to the police, he was attacked by a squad of goons sent from the men behind the heinous business for ‘involving himself in matters that had nothing to do with him’. He has the scars to remind him of the event.

And so, in light of all the bad that happens in the world, the command to focus on loving one another seems like a good idea, right?

This is because irrespective of all the good that loving one another could do for us, our relationship with our Creator will still be wanting.

The Bible calls all these things that we do ‘sin’. In essence, sin doesn’t mean ‘bad’ or ‘bad things’. In the Old Testament, the Hebrew word is chatta’t and it means ‘separation’. In the New Testament, the Greek word hamartia, is translated sin. It is an archery term that literally means to miss the mark.  Sin is therefore a missing of the mark and aiming our lives away from God, and also the condition/ state that we are in naturally. To state it in the words of Michael Ramsden, “I know there’s a lot of evil out there, but what about the evil that’s in us”.

And so therefore, seeing that our own hearts are in such a deprived state, can we really be capable of unconditional love? And even if we remotely were capable, our hearts still wouldn’t attain the perfection that God (who definitely cannot interact with evil) demands. What we need is a Saviour who can take our sins away. That Saviour is the Lord Jesus Christ. With that said and done, let’s put our focus on the One who is 100%. 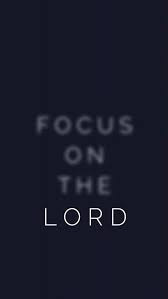 The other in-house change (and this one I promise to keep brief) is that previously, this was part of the blog description; “Some aspects simply require faith and are far much grander than logic”.

Well, I started this blog in 2014 just a month after becoming a Christian. Back then, I believed that logic and reason were contrary to faith.
Since then, I have learnt so much and the book Mere Christianity by author C. S. Lewis has been very essential in my growth and spiritual maturity. To quote Lewis on how faith actually agrees with reason;

“I was assuming that if the human mind once accepts a thing as true it will automatically go on regarding it as true, until some real reason for reconsidering it turns up. In fact, I was assuming that the human mind is completely ruled by reason. But that is not so... For example, take a boy learning to swim. His reason knows perfectly well that an unsupported human body will not necessarily sink in water: he has seen dozens of people float and swim. But the whole question is whether he will be able to go on believing this when the instructor takes away his hand and leaves him unsupported in the water — or whether he will suddenly cease to believe it and get in a fright and go down. In other words, he lost his faith in swimming. It is not reason that is taking away his faith: on the contrary, his faith is based on reason. It is his imagination and emotions. The battle is between faith and reason on one side and emotion and imagination on the other.”
(I made a few changes in the text above to bring out my point clearer, but you can download the book and read the entire section on Faith here )

In conclusion, God reveals more about Himself to us every moment that we seek Him. May we strive to seek Him every day; knowing that His promise to us is that He will never chase us away (John 6.37).

We die daily to our fleshy desires, passions, thoughts, and mindsets; as we are daily transformed to the image of God. 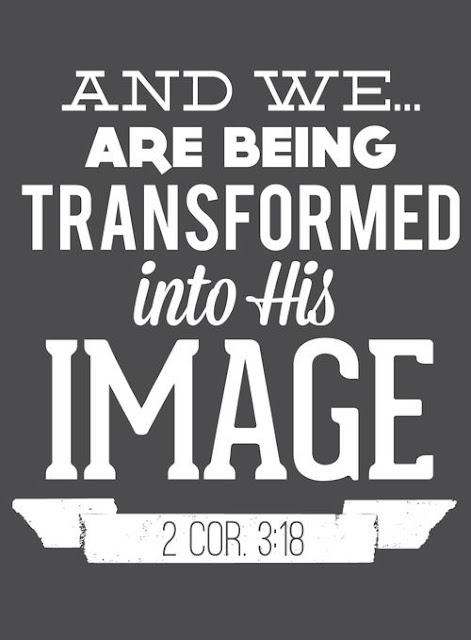 
(P.S. Now you can also sign up to receive email notifications by signing up at the lowest part of this web-page when viewed under the desktop format...)
Posted by CallMeMike