Hello, friends. Allow me to indulge you in a story from a while back. 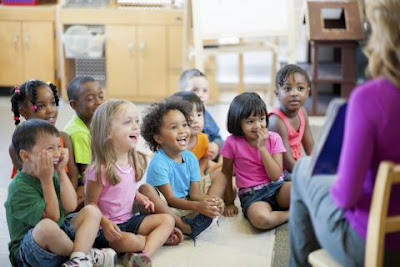 It was about 4pm and the afternoon sun was scorching my back as I walked out of the city headed for home. Twenty minutes is enough to be home and dry; it’s the greatest benefit of living where I live.
As I walked, I felt a leading in my spirit to perform a random act of kindness. I had been fasting and considering I hadn’t spent any money on lunch, I knew I’d have enough to buy a street-child a decent meal. I found a young teenager seated on a staircase just on the outskirts of the city. He looked disoriented; dressed in about three dirty jackets despite the afternoon sun, and held a plastic bottle filled with glue around his mouth and nose (I once found out that the reason they sniff the glue is to beat hunger pangs, but we’ll get to that).

I called out to him to get his attention; “Bro...umekula leo? (Have you eaten today?)”.
He jerked and sprang to his feet; reaching out for my hand. The hundreds of pathogenic microorganisms I learnt in microbiology equally sprang into my memory as I reflexively pulled my hand away. He obviously noticed. I wasn’t proud of myself. How dare I react like that to someone I wanted to assist?
Nevertheless, he responded by shaking his head and began to walk towards a nearby restaurant. “Aya basi... ingia nakufuata (Alright... get into the hotel. I'm right behind you).” I let him lead the way to try and get his trust. I think it worked.

I should explain that it wasn’t exactly a hotel; it’s what is known as a kibanda in Kenya. A small eatery, often on the side of the road, where the kitchen and sitting area are almost one and the same. As soon as we entered, the manager took notice of him and when I requested that he be served, her immediate reaction was “Sawa. Toka hapo nje ufungiwe (Get outside and wait as it is packed for you).”
My new friend wasn’t having any of it. He walked to a nearby table and sat. I followed and sat beside him. He gazed at me; still sniffing the glue fervently.

I inquired about his name. Pulling away from the bottle briefly, he replied; “Mimi ni Sammy.” Straightaway, he was back to his bottle. He told me he was seventeen. I thought of when I was seventeen- in my third year of high school in a private school in Nairobi; busy complaining that we weren’t being served ‘quality chicken’, and yet here Sammy was; begging for food on street corners. How ungrateful we can be sometimes! 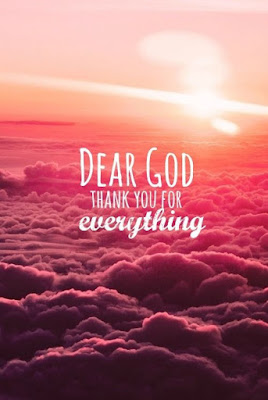 From his manner of speech, his sobriety wasn’t in check. I inquired on why he was sniffing the glue so ardently. “Unajua inakuchoma kwa kifua sana? (Are you aware it is corroding your lungs?)” I said this to try and inform him of the health risks sniffing the gasoline-like substance presented.

Talking slowly and with much struggle, just as he did through all conversations of our encounter, he explained to me that if he went a day without it, he would get a heavy migraine and intense dizziness. Sniffing the glue kept him in a state of euphoria.
Quick diagnosis? Sammy is addicted to the stuff! 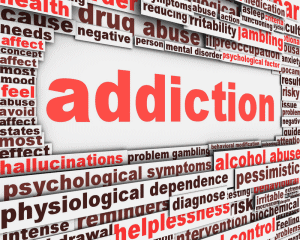 As he was served his Chapati and beans madondo, the manager commanded him to keep the bottle away so he could eat. It was like an infant parting with their favourite toy. He kept the bottle away but took it up again in a flash of a second. The manager’s voice went louder; “Utafukuza customer, wewe! Tupa hiyo kitu! (You’ll chase my customers away! Keep that thing away!)” He tucked it away into his breast pocket.
Just before he ate, I asked him to pray for the food. He clasped his hands together, closed his eyes, and awed me with the maturity of his prayer;
“Mungu Baba; twaja mbele yako... Hakuna Mungu kama wewe! Tunakushukuru kwa kuleta huyu mtu kuninunulia chakula. Hakuna Mungu kama wewe! Nilikuwa nimelala kama nina njaa. Nilikuwa sina matumaini. Lakini Mungu ukamleta huyu mtu hapa. Hakuna Mungu kama wewe! (God, Our Father; we come before you. There is no other God like you! Thank you for bringing this person to me. There is no other God like you! I was asleep and hungry. I didn't have any hope; but you brought this person to me. There is no other God like you!) 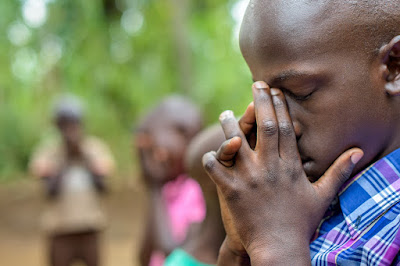 I was surprised at his adoration and glorification of God. He even prayed for his parents!
After Amen, he began to ravenously devour the meal; ordering tea and gulping it down in a few sips.

However, in the few minutes we were in silence as he gobbled up his meal, I couldn’t help but think on why the world was in such despair as the Almighty God watched it happen. On how an All-Powerful Deity could allow a teenager to be addicted to glue, living on the streets, and with his health deteriorating every day. 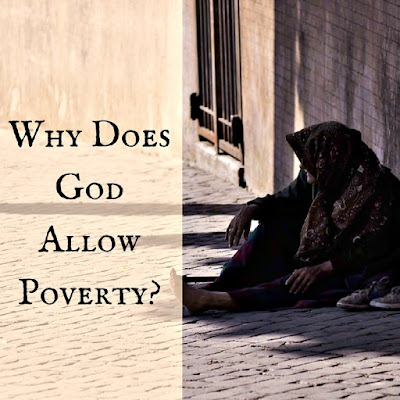 I watched Sammy gluttonously eat as I reaffirmed the Gospel to myself; the Gospel I preach so very often to everyone who can listen (like when I preached it here):
“This wasn’t God’s original plan... All this is the result of sin... Man fell away from God and this is the result... God is still God despite the circumstances. Didn't you hear Sammy’s prayer?!” 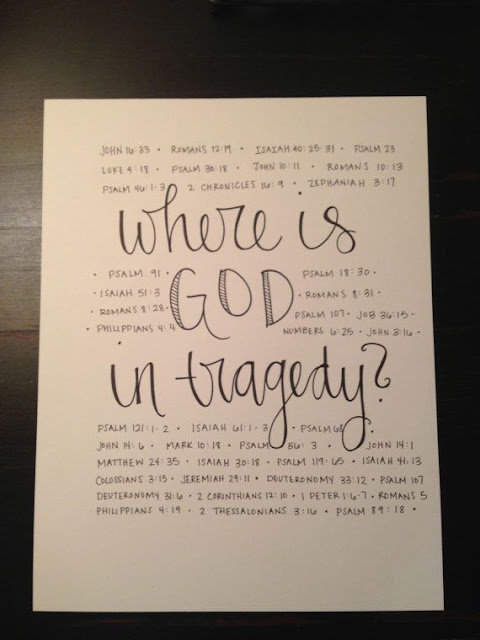 He was finished with his meal and declined my request to buy him another plate. I paid the bill and we stood up. Even before we left the kibanda, Sammy had retrieved the bottle from his pocket and was back to sniffing the stuff. As we walked away, I realized that telling him to keep the glue away would be an exercise in futility. We got engaged in conversation where he told me he only reached Class 5 after which he dropped out of school. He had been living on the streets for one year and life had not been easy. Before I could prod further, he stopped walking and held my hand. I didn't jerk away this time. He gazed at me with his seemingly lifeless eyes, and said; “Hata hiyo chakula nimekula sijui imeenda wapi! (The food I have eaten hasn’t had any effect on me)”.

I offered to buy him another meal (anything but giving him money!). He guided me to yet another kibanda where he ordered ugali and fried meat. It was promptly served as soon as we sat, and he gulped down a large bite of the ugali. Cutting him short, I reminded him that we hadn’t prayed for the meal. He finished chewing, closed his eyes, and started to pray.

I assumed he had continued with his meal and forgotten to conclude the prayer with ‘Amen’. I therefore opened my eyes and said it for him.  That's when I realized he still had his head bowed. I touched his shoulder, and as he raised his head, tears were flowing down his cheeks. He started crying uncontrollably.

I comforted him that it’s alright to cry... “Pia wanaume huwa wanalia (Even men cry sometimes), I said. I looked away to make him feel less embarrassed. I could only pray for him in my heart at that time.
Amidst sobs, he told me that the prayer had made him remember hurtful things from his past. He reached for his breast pocket and pulled out the glue. He needed the euphoria of the fumes, just like the alcoholic needs the euphoria of the beer bottle. I wasn’t having any of it and sternly told him to keep it away so I could pray for him. I prayed, hoping that a miracle would happen and he would suddenly not want to sniff the stuff any longer.

That didn't happen. As soon as we left the restaurant, he was back to it.

We parted ways a few minutes later, and despite everything I had done for him, as I walked away, he asked; “Si hata uniwachie ka-mbao? (Why don't you leave me with at least twenty shillings?)”
He’s chained to sniffing the glue, and despite how many ‘decent meals‘ he has, it always leaves him yearning for more of it.

And so in conclusion, dear reader, when Sammy was praying, he said that there is no other God like Jehovah multiple times. 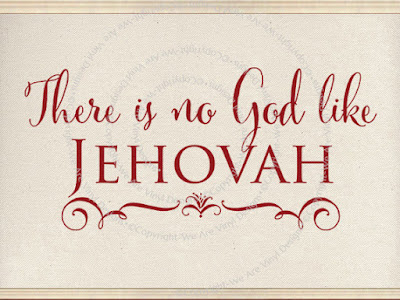 And the Psalmist states something along those lines in the 73’rd chapter, when he says; 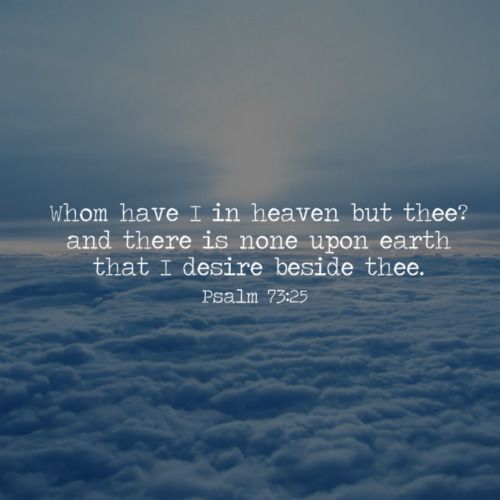 Who else can rescue Sammy from his addiction but the One enthroned in the heavens?

Who else can rescue the thousands of street children but the One who loves them so much He went up on the cross for their sins?

Who else but the One who now offers life in abundance to all who believe?

Our flesh and our heart may fail will fail.
Our efforts to change the lives of others may will never be enough...
...but God is the strength of our heart... 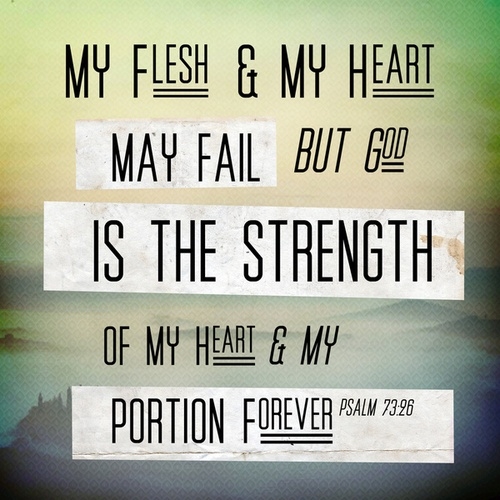 Friend, take some time today and pray for Sammy.