(Approximate reading time: 6 minutes)
Hello, friends. Hope you have been well...
We’ll do something completely unorthodox this time.

All the glory to Jesus Christ!

None unto Kendrick Lamar!
None unto Elevation Worship! 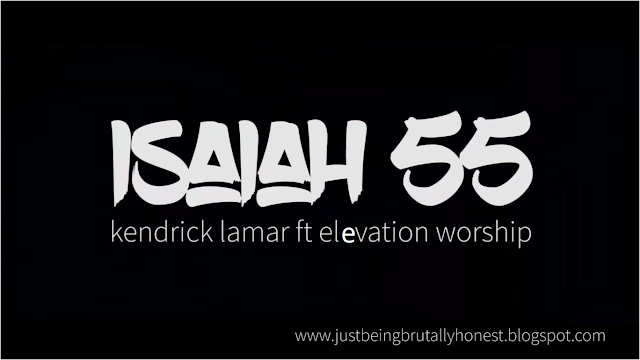 A few months ago, I could never have imagined I’d be the person speaking about Kendrick Lamar on the blog, let alone discussing the possibility of him doing a track with the Christian worship band Elevation Worship. Whereas Kendrick’s music is studded with some Christian themes, I've always felt that he is too erratic; some music encouraging virtues like honesty, others explicitly (literally!) not doing so.

Nevertheless, I found myself quite recently on his 2012 album ‘good kid, m.A.A.d city’. This is neither the time nor place to review the entire album, but I just wish to show how similar one of the songs therein is to Isaiah chapter 55.

The song is “Sing About Me/ Dying of Thirst.”
It’s actually two songs compiled into one. Once again, I’ll only focus on the part relevant to us; the second song̶  “Dying of Thirst”.

The entire album is a narrative of Lamar’s growth from a young, naive teenager growing up in the gang-ridden streets of Compton, West Coast US of A. He narrates the escapades of robbing rich people’s houses out of jealousy, getting drunk and smoking marijuana purely as a result of peer pressure, the objectification of women as sex trophies, the endless pursuit of money, etc...
Basically, everything we’ve seen in movies associated with life in the ghetto. Only this time, the story is told while illustrating the disillusionment of the reality of depression, despair, dismay and death that lies deep in the darkness beyond the veil of the seemingly-enchanting, poisonously-intoxicating ‘hype’ of a life in crime.

Earlier in the album, Kendrick had been romantically pursuing a certain fair damsel with obvious intentions that I need not get into. However, she was from ‘the other side of town’ and so when he went to visit her, he got mugged by a couple of gang members because he wasn’t affiliated to their gang. The angry, agitated youth gets back at the muggers guns blazing (literally and figuratively) and stages a drive-by shooting. There is a brief exchange of bullets after which he and his partners in crime (once again, both literally and figuratively!) drive away; excited that they have regained respect from the assailants... That they will now ‘put respeck on his name’...

As they drive away, however, Kendrick, being referred to by his nickname ‘K-Dot’, realized that his friend and ‘brother’ Dave was shot in the gun-fire that ensued.

“These...niggas killed my brother!”
(P.S. Throughout this article, I will bleep out some words and leave out others. ‘Niggas’ happens to be one of the words that will remain as is.)

It is from this point that K-Dot picks up in the song ‘Dying of Thirst’. The song begins with a skit whereby one of Lamar’s friends is talking on the phone, narrating to the person on the receiving end that Dave has been shot. After hanging up, he turns to K-Dot and says;
“So what we gon' do, my niggas? What we gon' do?? Bro, we can go back right now, my nigga. Like...nigga, I don't give a ****, my nigga. We can go back right now."

Notice that despite having lost their friend because of gang violence, this guy’s immediate response is to fight the attackers right back. Kendrick, realizing that the entire notion of constantly getting back at each other is what got them in this situation, responds as follows;

K-Dot realizes that this is a classic case of a vicious cycle;

The actual song starts there, with the following sharp words;
“Tired of runnin', tired of huntin', My own kind
but retirin' nothin',
Tires are steady screechin', the driver is rubbin', Hands on the wheel...” 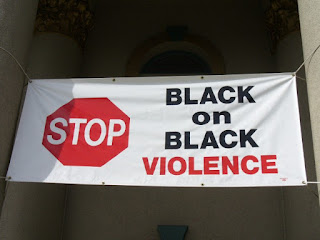 Blacks kill fellow blacks based purely on what gang affiliations they don't share and on where they come from; hence the line ‘tired of hunting my own kind but [getting nothing out of it]’.

He proceeds in the next verses to illustrate the effects of the aforementioned ‘hunting of his own kind’;
“[Marijuana is being sold] on the corner, look at the coroner;
Daughter is dead, mother is mournin' her;
Stray bullets, AK bullets;
Resuscitation was waitin' patiently, but they couldn't bring her back,
Who got the footage? Channel 9, cameras is looking...

And since he has an idea of God and heaven, here’s what he says regarding the number of sins he has committed;
“How many sins? I'm runnin' out,
How many sins? I lost count...”

To reiterate, church folks are calling Kendrick and his gang partners to visit church, to which they lie about going. Immediately following their ‘promise’ to start attending church services, conflict has arisen between their neighbourhood gangs and without discussion; they are loading their guns and preparing for a war. The need for an impulsive, aggressive reaction to violence is inherent in the hearts of the young teens. It has been inculcated into them from previous generations that the only way to fight back conflict is with conflict. Isn't this what we see being pushed today in some popular music?

To respond to this as Kendrick put it;
“What are we doin'? Who are we foolin'?
Hell is hot, fire is proven, to burn for eternity.” 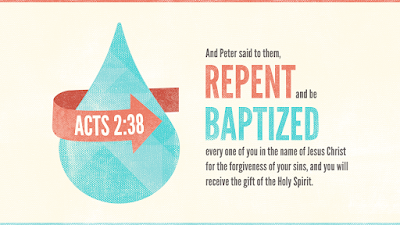 As he approaches the end of the song, he brings out something very important for the sake of this article;
“Money, [sex] and greed— what's my next crave?
Whatever it is, know it's my next grave...” 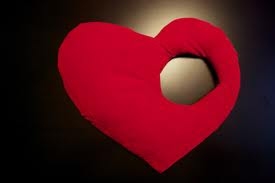 And this really is where I've been heading to all along... To the fact that as expressed in this piece of poetry from Mr Lamar, whatever it is that we try to fill our hearts with, they will all fall short of satisfying us fully.

More often than not, we tend to seek joy and happiness in the most seemingly reasonable of things; our careers, our marriages, money, our children... and when they fail to give us the satisfaction that we so desire, we resort to “What If”s and “Maybe I should’ve”s; 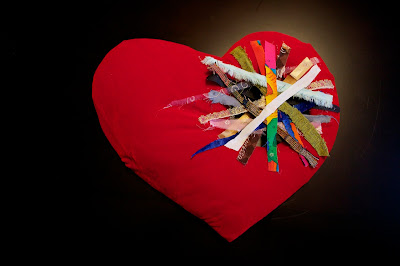 “What if I had taken that job offer last year? I’d definitely have been happier?”
“Maybe if I’d have married another (wo) man, then I’d be more contented in life?”
“Maybe if I earned more money, then I would be able to finance a cruise to the Caribbean and my life would have more joy?”
“etc...”

And here is where the Word of God comes in conveniently to give us an answer, as seen in Isaiah 55:

“Is anyone thirsty? Come and drink—even if you have no money! Come, take your choice of wine or milk— it’s all free!
Why spend your money on food that does not give you strength? Why pay for food that does you no good?
Listen to me, and you will eat what is good. You will enjoy the finest food.
“Come to me with your ears wide open. Listen , and you will find life... Seek the Lord while you can find him. Call on him now while he is near” 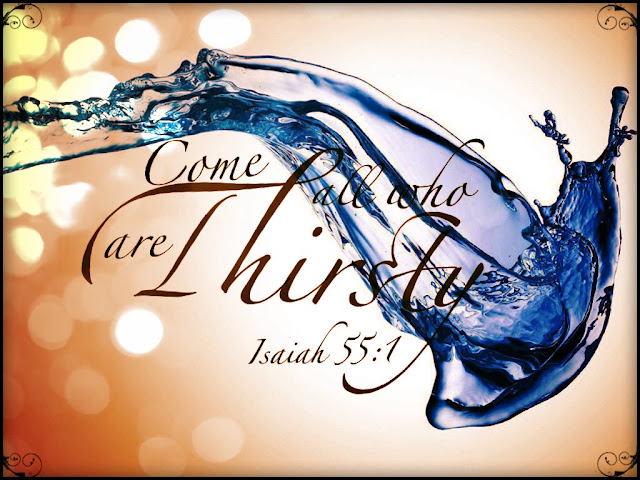 The case of the Christian is that Jesus, the Son of God, came and died for our sins. While we were still sinners, Christ died for us. He took the suffering and death that was rightfully ours as a result of the sin we have committed, and standing in place for us, he died.
Moreover, he rose again and thus conquered death. As a result, all who place their trust and who believe in Him as the Son of God will receive of this wonderful gift of God the Father. 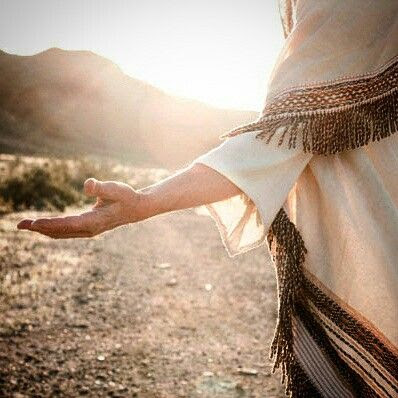 Unto all who seek joy, peace and happiness, Jesus proclaims himself to be the answer. Isn't this why he called those who are weak and heavy-laden to cling to him? 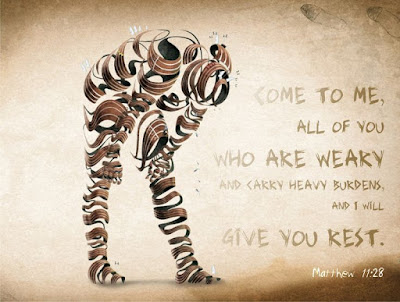 He calls us not to spend our time seeking to be satisfied in the things of this world; such as careers, or amassing wealth, but to instead recognize Him as our sole source of joy.

And this is exactly what Kendrick Lamar does in the tail end of ‘Dying of Thirst’.
He confesses that his mother asked him where he would go between heaven or hell if the rapture was to happen and concerning that discussion, her last words to him were the following;

At this point, we are taken back to the voice of down-heartened and disenchanted Kendrick lamenting at the death of his friend and how emotionally-drained he is. Just then, an old lady comes over to them and shares the Gospel with them. Eventually, we hear Kendrick and his friends confess their sins and accept Jesus Christ as Lord of their lives.

Alright now, remember this day
The start of a new life—your REAL life

And so in conclusion, Kendrick Lamar and his friend receive Jesus in their lives and begin to live a new life for Him...

...but then again, that's HIS story.
Not yours. Not mine.
I've already told mine.

The question therefore is this; what's YOUR story?

Are there specific areas in your life that you have been seeking joy and contentment in all the wrong places?
Would you like God to grant you the peace and satisfaction that resides only in Him?

Here's ‘O Come to the Altar’ by Elevation Worship;

O come to the Altar,
The Father's arms are open wide.
Forgiveness was bought with
The precious blood of Jesus Christ. 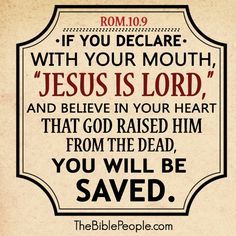 Here's an audio-visual version of Kendrick Lamar featuring Elevation Worship – Isaiah 55. I've had a few things done to the words as well as combining the two songs. Please watch it from the blog via your browser and not directly from YouTube. :)
Enjoy... 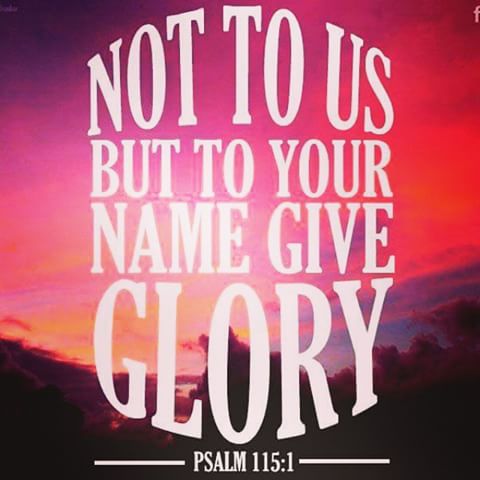